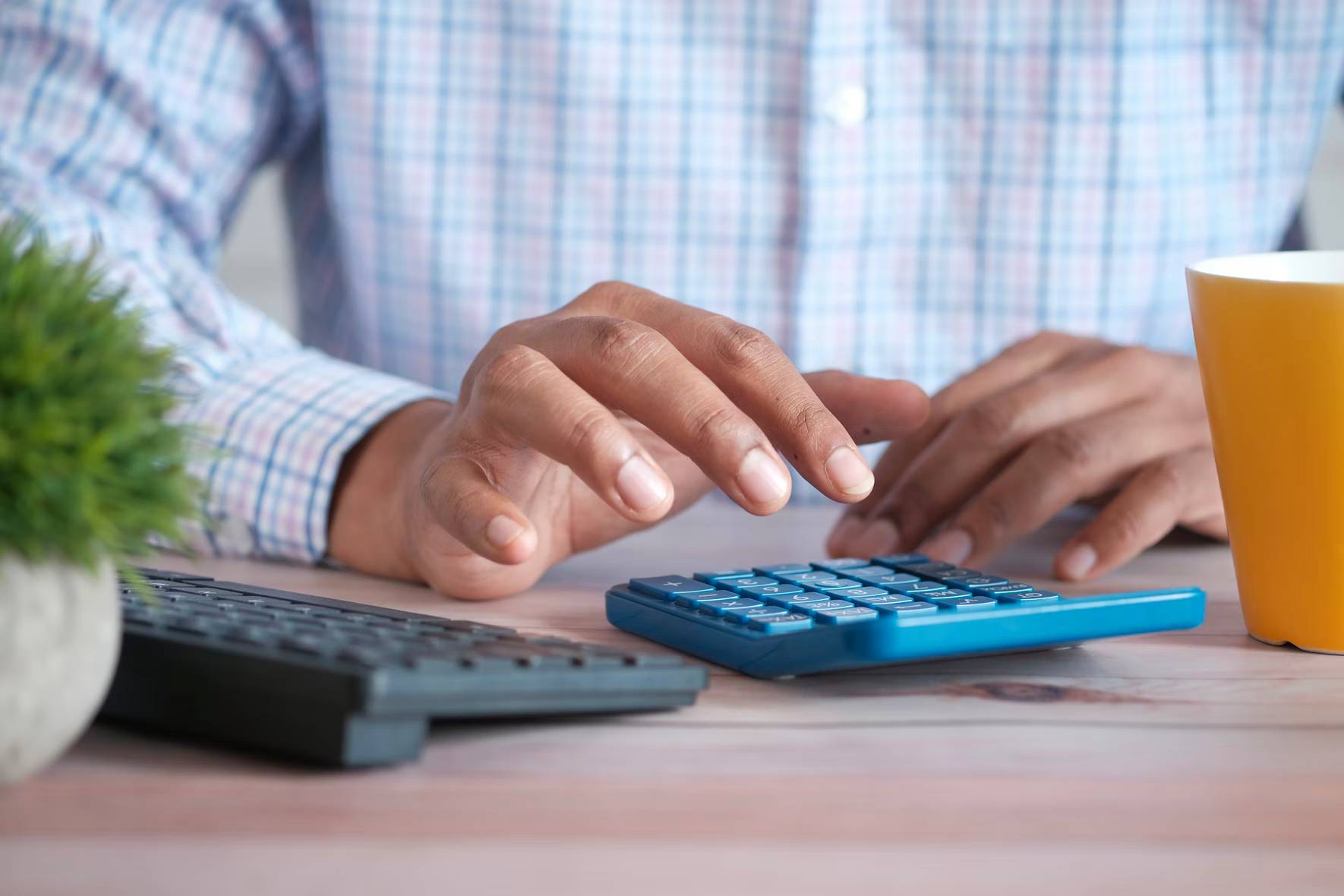 The Voluntary Disclosure Program (VDP) is designed to encourage taxpayers to come forward and report incomplete, inaccurate or unreported information to the Canada Revenue Agency (CRA). If the disclosure is accepted, the taxpayer is relieved from prosecution and, in some instances, the taxpayer may also be relieved from penalties and some interest owing. A valid disclosure must satisfy five key conditions: it must (i) be voluntary, (ii) be complete, (iii) involve the application or potential application of a penalty, (iv) include information that is more than one year past due, and (v) include payment of estimated taxes owing. One of the key conditions, as also implied by the name of the program, is that the disclosure must be voluntary. A disclosure is not voluntary if the CRA has already initiated enforcement action relating to the content of the taxpayer’s disclosure or a person related to the taxpayer, and the enforcement action was likely to have uncovered the disclosed information. Multiple cases have come before the courts on the issue of whether a taxpayer’s disclosure was voluntary. On March 11, 2021, the Federal Court released a decision, 4053893 Canada Inc v Canada (National Revenue), 2021 FC 218, where the central issue involved was whether the CRA’s decision to deny a corporate taxpayer’s application for involuntariness was reasonable given the CRA’s prior enforcement against the corporation’s sole owner and director.

Facts and Administrative History of the Voluntary-Disclosure Case

In 4053893 Canada Inc v Canada (National Revenue), Mr. Harris was the sole owner and director of 4053893 Canada Inc. (405 Canada). In August 2016, the CRA notified Mr. Harris in writing and through a phone call that both he and 405 Canada had not filed their tax returns for close to 10 years. In January 2017, 405 Canada submitted a voluntary-disclosure application regarding its unfiled tax returns for the 2006 through 2015 taxation years. However, the CRA denied 405 Canada’s VDP application. This denial was later quashed by the Federal Court as the CRA did not adequately address how the enforcement action against Mr. Harris would have likely uncovered the disclosed information. Thus, 405 Canada’s application was sent back to the CRA for a redetermination. Through a letter dated December 3, 2019, the CRA notified Mr. Harris that 405 Canada’s application was denied. This time, the letter explained that the CRA would have likely uncovered 405 Canada’s non-filing and listed ten enforcement letters that were sent to Mr. Harris during the period from 2013 to 2017.

Decision by the Federal Court: CRA’s enforcement action against Mr. Harris would have likely resulted in the CRA uncovering information about 405 Canada.

At the time that 405 Canada’s VDP application was submitted, the relevant program document was CRA’s Information Circular IC00-1R5, Voluntary Disclosures Program, dated January 2017. (Note that the CRA has since updated its January 2017 Information Circular and the present version, IC00-1R6, supersedes IC00-1R5 and applies to VDP applications received on or after March 1, 2018.)

According to paragraph 32 of the January 2017 Information Circular, there are circumstances where a VDP application may not be considered voluntary. One such circumstance is if the taxpayer was aware of an enforcement action set to be conducted with respect to the disclosed information. Another circumstance is if an enforcement action sufficiently related to the disclosure was initiated on the taxpayer, a related person, or a third party and the enforcement action is likely to have uncovered the information being disclosed. The arguments submitted by Mr. Harris to the Federal Court pertained to the latter circumstance, namely that CRA’s enforcement action against him was unlikely to have led the CRA to uncover information about 405 Canada’s non-compliance. However, the Federal Court did not agree with Mr. Harris’ arguments and found that the CRA’s decision to deny 405 Canada’s VDP application was reasonable.

The Court reasoned that the CRA’s letter and follow-up phone call to Mr. Harris on August 18, 2016, did lead to Mr. Harris filing returns that revealed the disclosed information. The Court explained that the call made by the CRA on August 18, 2016, and Mr. Harris’s ensuing return call to the CRA fell within the broad definition of an “enforcement action” as outlined in CRA’s Information Circular—that is, the calls were a “direct contact by a CRA employee for any reason relating to non-compliance.” During the call, 405 Canada was identified as a related taxpayer and the CRA agent explained that 405 Canada had outstanding T2 returns that it needed to file. Following the CRA’s call, Mr. Harris filed his outstanding returns and reported the employment and dividend income he received from 405 Canada. This suggests that the information about 405 Canada was uncovered through the calls (an enforcement action). The Court also explained that even if there was a lack of enforcement activity by the CRA for many of the years for which 405 Canada’s VDP request was filed, the CRA is not required to execute any specific enforcement steps.

Additionally, the Court disagreed with Mr. Harris’ argument that since an arbitrary assessment of Mr. Harris would not have led to the disclosure of information about 405 Canada, the disclosure should not be considered involuntary. According to the August 18, 2016, letter, the CRA warned Mr. Harris that an arbitrary assessment may be conducted if Mr. Harris did not file his tax returns. Here, the Court explained that the likelihood of uncovering the disclosed information need not be associated with one specific step addressed in the correspondence, particularly if other enforcement steps were being undertaken by the CRA.

Furthermore, the Court found that the CRA did sufficiently explain how specific information from Mr. Harris’ returns would have likely uncovered information about 405 Canada. Mr. Harris’ T1 returns since 2006 showed that he had received employment and dividend income from 405 Canada, and the same amounts were found on the T4 and T5 slips, and the corporate T2, CT23, and GST returns filed by 405 Canada.

For these reasons, the Federal Court held that the CRA’s decision to deny 405 Canada’s VDP application was reasonable.

As this case shows, if the CRA can sufficiently demonstrate how an enforcement action initiated against a related taxpayer likely leads to uncovering information disclosed in the taxpayer’s VDP, this may be grounds for denying the taxpayer’s application for involuntariness. As the facts of each case varies, whether a sufficient nexus has been established must be assessed on a case-by-case basis. If you are unsure if submitting a voluntary-disclosure application is the best means of remedying your and/or a related taxpayer’s non-compliance, we invite you to speak with one of our experienced Canadian tax lawyers to determine the avenues that may be available to you.

What is the Voluntary-Disclosure Program (VDP)?

The Voluntary Disclosure Program gives taxpayers an opportunity to correct inaccurate information on their tax returns, disclose information not reported on previously filed returns, or file outstanding returns. Taxpayers who submit a voluntary-disclosure application must demonstrate how their disclosure meets the five validity conditions: completeness, voluntariness, application or potential application of a penalty, information that is more than one year past due, and payment of estimated taxes owing. If a taxpayer’s application is accepted by the CRA, the taxpayer is still required to pay any taxes owing. That said, the taxpayer is relieved from prosecution and, in some instances, may be relieved from having to pay penalties and some of the interest that the taxpayer would otherwise be required to pay.

Does an enforcement action automatically preclude my VDP application from being accepted?