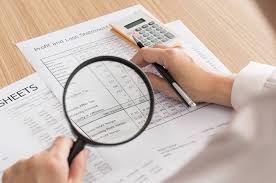 An extension of this audit technique saw CRA approaching at least 20 hardware and big box building supply chains and asking for details of their clients who had registered in their contractor programs. Most of the building supply retailers complied with the requests and released names and details to the CRA tax auditors. An exception is Rona, one of the bigger building supply chains in the country. They have opposed the CRA request for confidential client information on the basis that CRA is trying to intimidate the industry. However CRA has been successful in the past in the courts in obtaining third party information to carry out tax audits of clients or customers of a third party, most recently with banks and offshore accounts. These third party “fishing expeditions” are generally upheld by the courts even when opposed by a Canadian tax lawyer.

As a result of the underground economy tax audit project CRA has already investigated almost 6600 building contractors and found over 1200 who had failed to file a tax return at least once in the period from 2008 to 2012.

How does an independent building contractor file taxes?

The CRA's website provides up-to-date federal and provincial income tax rates for individuals. As an independent contractor, you're required to complete Form T2125 (Statement of Business or Professional Activities). Complete a separate copy of Form T2125 for each business that you operate. At the top of Form T2125, you enter the amount and type of income you earned, such as fees and sales commission.

Income from freelancing must be declared when filing your taxes. In Canada, declare your freelancing income on Form T2125, which is part of your T1 (individual) tax return. One of the great things about running a side business is that you will be able to claim business expenses on your income tax. If you work out of your home, use your personal car, or incur other expenses in order to generate revenue for your freelancing work, these all can be calculated as part of your business expenses.

Do the IRS and the CRA share information with each other?

Yes, the CRA provides the information to the Internal Revenue Service (IRS) in the U.S. and the IRS provides the CRA with information on accounts of Canadian residents held at U.S. financial institutions.